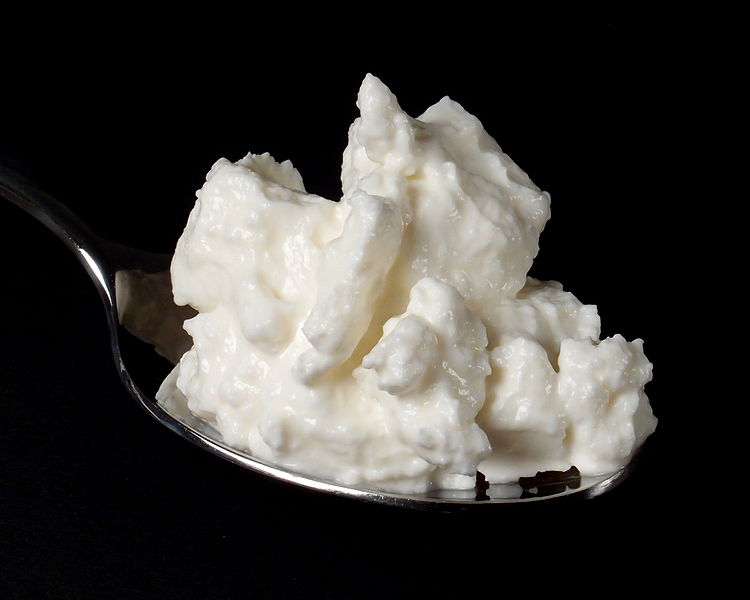 Quark is a traditional, creamy, vegetarian, unripened cheese tracing its origin to German-speaking and Eastern European countries. It is known by many names, chief among them being творог in Russian, tvaroh in Czech and Slovak, topfen in Austria, kwark in Dutch, kvark in Denmark and kvarg in Norway and Sweden. Quark is said to be a cross between yoghurt and cottage cheese.

This fresh, soft, white cheese is prepared from pasteurised cow's milk with a small amount of rennet added to achieve a good, firm curd. However, traditional quark is a purely fresh dairy product and does not make use of rennet.

It is moist, snowy white in colour with a subtle taste and smooth & soft texture. Its texture is similar to that of cream cheese, pot cheese or ricotta with a fat content ranging from low to medium. Quark is usually sold in plastic tubs with most or all of the whey. The flavour is reminiscent of sour cream with the seasonings of herbs, spices or fruits. The quark cheese makes a great base for many recipes such as cheesecake, pastas, creamy sauces, sandwiches, salads and desserts. It pairs well with Champagne, White sparkling, Pacherenc-du-vic-bilh White, Coteaux-du-layon White, Monbazillac White and Cadillac White.

Quark is also produced outside their respective native countries such as in Australia and United States.

Other cheeses from Austria:

Other cheeses from Czech Republic:

Other cheeses from Denmark:

Other cheeses from Hungary:

Other cheeses from Norway:

Other cheeses from Poland:

Other cheeses from Sweden: