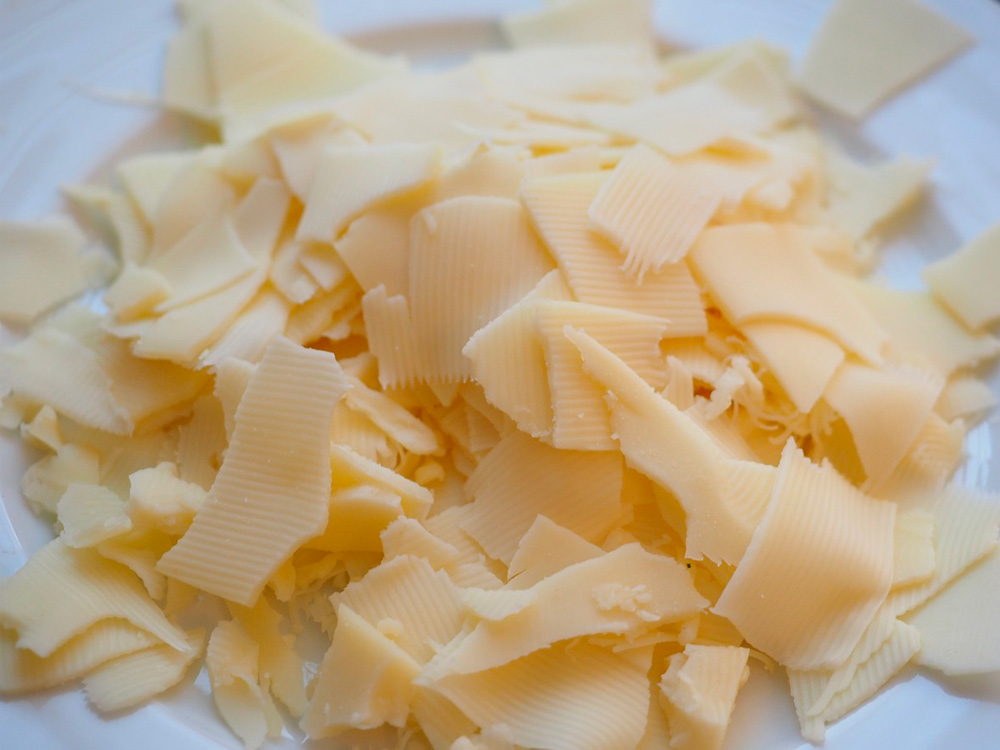 Gouda, or "How-da" as the locals say, is a Dutch cheese named after the city of Gouda in the Netherlands. If truth be told, it is one of the most popular cheeses in the world, accounting for 50 to 60% of the world's cheese consumption. It is a semi-hard cheese celebrated for its rich, unique flavour and smooth texture. The original cheese markets in Gouda is one of the last standing commercial cheese markets in the Netherlands. Since the name is not protected, it has become a generic classification for all cheeses produced and sold under the name Gouda.

Gouda is typically made from pasteurised cow’s milk although some artisan varieties use sheep’s or goat’s milk to produce cheeses that are going to be aged for a long time. Boerenkaas is a typical variety of unpasteurised Gouda cheese produced by the farmers from the milk of cow's grazing on the natural, low pastures of Netherlands. There are seven different types of Gouda cheese, categorized depending on age. Graskaas is young Gouda ready to be consumed within weeks of production. On the other hand, is the extra aged, Overjarig cheese which has a full-flavoured, hard, golden interior and salty flavour reminiscent of toffee. Between the spectrums is a variety of Dutch Gouda’s classified as per the texture and age - Jong, Jong belegen, Belegen, Extra belegen, and Oud. Each cheese gets increasingly firmer in texture and richer in flavour than earlier classification. The waxed rind of the cheese also changes by the age as soft, younger Dutch Gouda cheese are identified by yellow, orange, or red wax rinds white mature cheese have black wax coverings. Stacked Gouda Wheels
In America, smoother and less flavourful commercial Gouda is popular than Dutch Gouda. Artisans in the Netherlands may produce Dutch Gouda using raw milk as well as pasteurised.  To enhance the flavour of the cheese, herbs, seasonings, and nuts may be blended. In the Netherlands, aged Gouda is commonly used to richen soups, sauces.

Young Goudas are best paired with beer while medium cheeses taste best when paired with a fruity Riesling or Chenin Blanc. A well-aged Gouda complements wines that are deeply flavoured such as a rich Merlot or Shiraz. Gouda cheese may be grated, sliced, cubed or melted. It may be used as a table cheese or dessert cheese.

Gouda is available in large wheels with each weighing between 10 and 25 pounds.