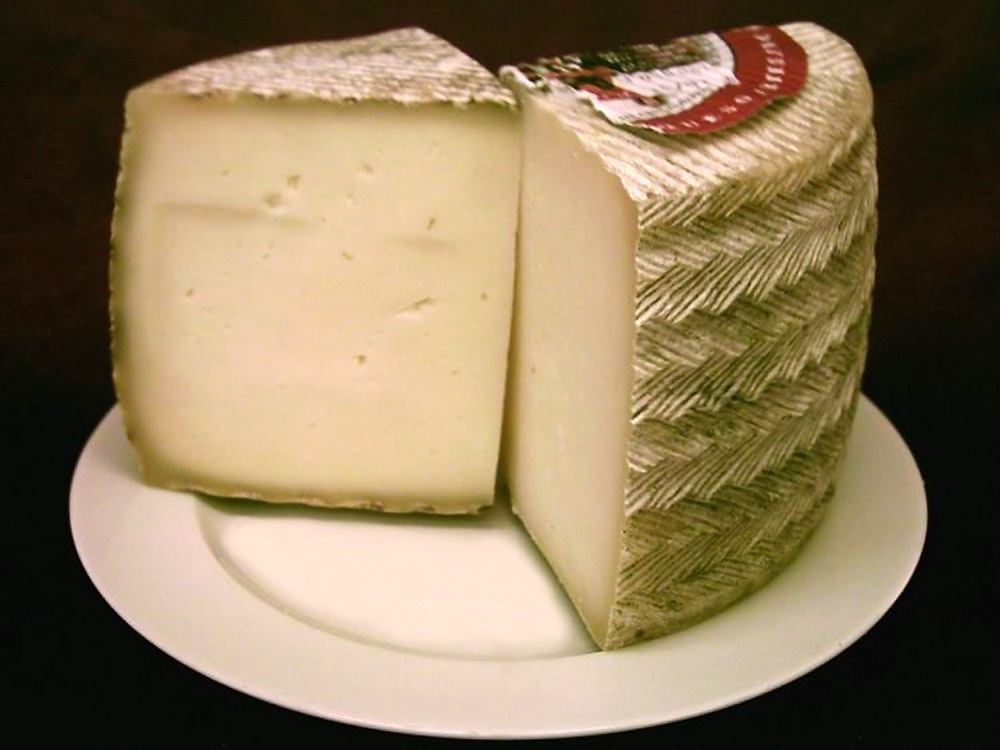 The Manchego cheese is produced in the La Mancha region of Spain, which is also home to Don Quixote. It is made from pasteurized sheep's milk. It is one of the popular cheeses from Spain and comes under the PDO (DOP) guidelines.

The rind is inedible with a distinctive, traditional herringbone basket weave pattern. A typical ear wheat pattern is pressed onto the top and bottom wheels of the cheese. Manchego cheese is available in wide varieties.

Fresco: Fresh cheese aged for two weeks. The flavour is rich, mild and is rarely available outside Spain.

Semi Curado: Semi-firm cheese aged around three weeks to three months. It is supple and moist with a fruity flavour and tangy notes.

Curado: Semi-firm cheese aged for 3-6 months. The flavour is caramel and nutty.

Viejo: Firm cheese aged for 1-2 years. The flavour is sharp with a crumbly texture. It has a rich, deep pepperiness to it.

Manchego cheeses are best paired with sherry. Cheeses similar to Manchego are called 'Machego like cheeses', but the producers cannot legally name the cheese as Manchego.