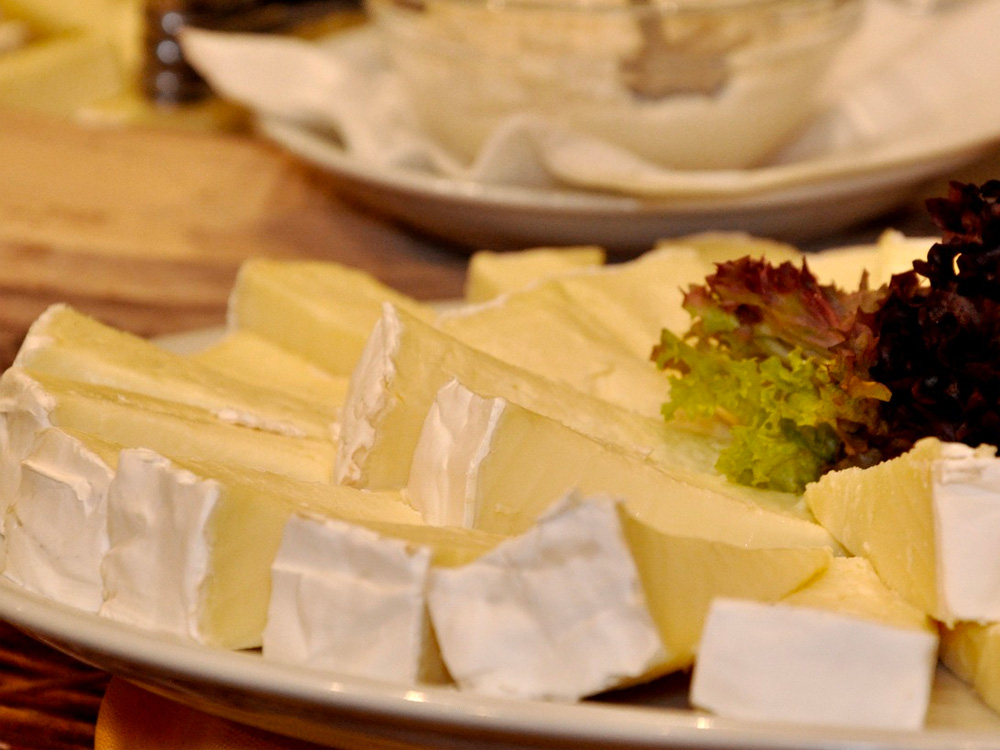 Brie is the best known French cheese and has a nickname "The Queen of Cheeses". Brie is a soft cheese named after the French region Brie, where it was originally created. Several hundred years ago, Brie was one of the tributes which had to be paid to the French kings.

In France, Brie is very different from the cheese exported to the United States. "Real" French Brie is unstabilized and the flavour is complex when the surface turns slightly brown. When the cheese is still pure-white, it is not matured. If the cheese is cut before the maturing process, it will never develop properly. Exported Brie, however, is stabilized and never matures. Stabilized Brie has a much longer shelf life and is not susceptible to bacteriological infections.

Brie is produced from the whole or semi-skimmed cow's milk. Rennet is added into raw milk and heated to a temperature of 37°C to obtain the curd.  The cheese is then cast into moulds, several layers of cheese are filled into the mould and then kept for around 18 hours. After this, the cheese is salted and aged for a minimum of four weeks.

Brie cheese is slightly pale in colour with a greyish tinge under a rind. Its flavour varies depending upon the ingredients added while producing the cheese.

Brie, one of the great dessert cheeses, comes as either a 1 or 2-kilogram wheel and is packed in a wooden box. In order to enjoy the taste fully, Brie must be served at room temperature.