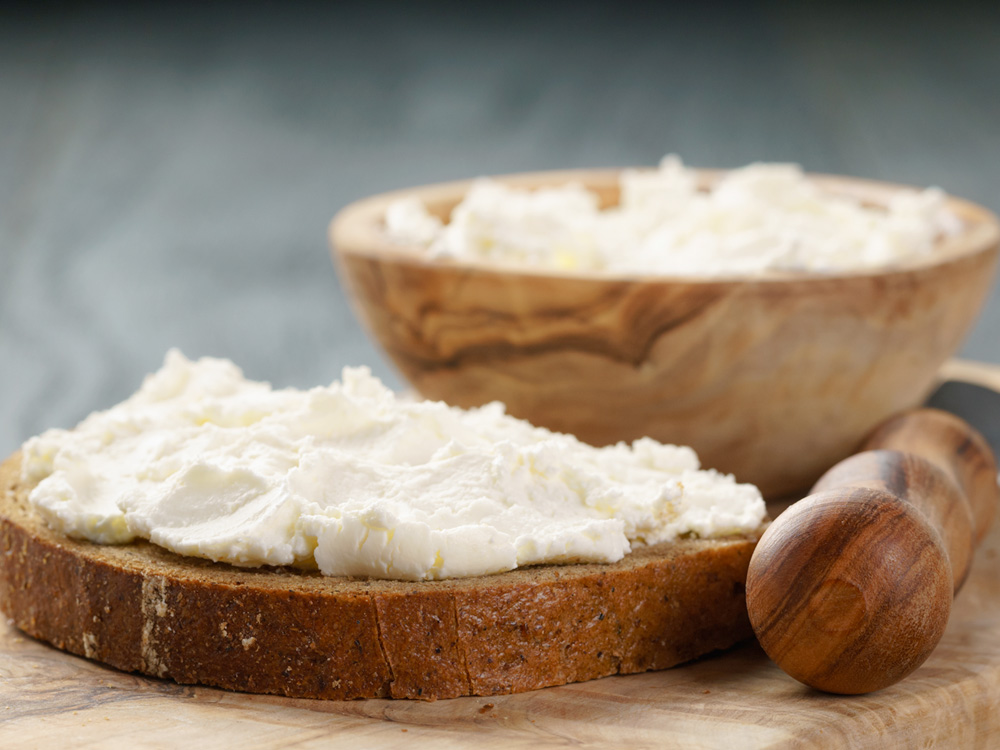 This cheese is currently unavailable on official site.

Fromage Frais is a soft, unaged, creamy fresh cheese made out of whole or skimmed milk and cream. A French speciality, traditionally this cheese is made with unpasteurised cream. Many times, the term Fromage Frais is used interchangeably with Fromage Blanc but according to French legislation - "The denomination fromage frais is reserved for unripened cheese that underwent a mostly lactic fermentation. Fermented white cheese marketed under the terms fresh or fresh cheese must contain live flora at the time of sale to the consumer." In simple language, Fromage Frais must contain live cultures when sold, whereas with fromage blanc fermentation has been stopped.

The cheese in its original form is very bland to taste but also extremely low in fat. Savoury spices, sweet berries and cream are added to improve the flavour which also increases the fat content, sometimes as much as eight per cent.

Fromage Frais is used similar to sour cream or cream by removing the dish off the heat, stirring in the cheese completely and then putting it back on the heat. Mixing in the cheese while the dish is cooking on direct heat can cause it to curdle.

The cheese is used as a savoury appetizer or a rich creamy dessert by combining it with herbs, fruits and spices. Fromage Frais with a loose consistency, ranging between heavy cream and sour cream is often employed to thicken and richen sauces. It is a traditional accompaniment to caviar since the milky goodness of the cheese reduces the saltiness of the eggs.