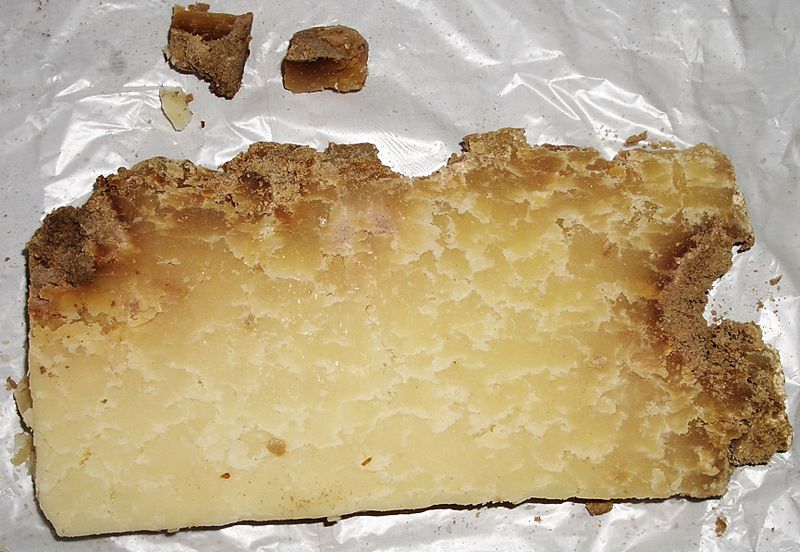 Cantal AOC is one of the oldest cheeses in France, dating to the times of the Gaul's rule. It received an Appellation d'Origine (AOC) status from the administrative region of Cantal in the Auvergne region in 1956. This has ensured that the semi-hard, uncooked, pressed cheese has the features and characteristics of the area of origin.

There are three types of Cantal cheese, grouped according to age and texture.

Cantal jeune -  a young cheese aged 30 to 60 days, during which it develops a thin grey-ivory crust and a smooth, pale yellow, close-textured paste. It is fresh, sweet, milky in flavour with a light hint of hazelnut and vanilla.

Cantal entre-deux - a cheese aged between 3 to 9 months, has the flavours of green pastures and aromas of butter and cream. After three months of ripening, Cantal cheese starts to come into its own.

The cheese is additionally grouped as "fremier" and "laitier", wherein fermier is a farmhouse cheese made of raw milk while laitier is the commercial, mass-produced version from pasteurised milk.

Cantal works well with nuts, grapes, and apples and can be used in salads, soups, cheese fondue, or gratins. Cabernet Sauvignon and Merlot are a few wines that pair nicely with Cantal.