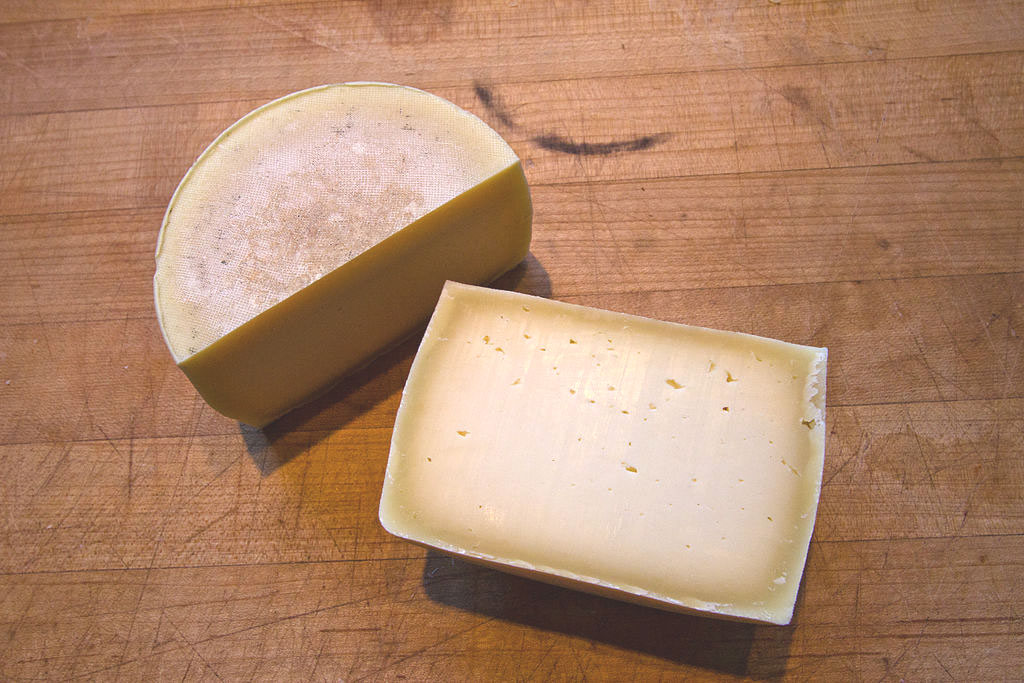 Romano is a hard cheese of Italian origin prepared predominantly with cow's milk or sheep's milk or goat's milk or mixtures of two or all of these. Made since the 1st century B.C., there are several types of Romano cheese. Determined by the type of milk used, name of Romano cheeses may be preceded by the word Vaccino (cow’s milk), Pecorino (sheep’s milk) or Caprino (goat’s milk). The most famous example of Romano cheese is Pecorino Romano, an exclusive Italian cheese with DOP designation from the Italian government.

One of the most popular Italian cheeses, Romano cheese is made from pasteurised or unpasteurised milk using animal, plant, or microbial rennet. It has a grainy texture, a hard and brittle rind and grates easily. The curing of Romano takes not less than 5 months and longer if it is planned for grating.

Every Romano cheese has its own peculiarities and shows different shades in texture, flavour and cooking uses. While Pecorino Romano, made from sheep’s milk, is sharp and quite tangy the second type of Romano cheese, Caprino Romano made from goat’s milk has an extremely sharp taste. The third variety made from cow’s milk, Vacchino Romano, is very mild in flavour.

Romano cheese works excellent as a table cheese. It can be grated over pasta, soups and salad or shaved onto cooked dishes and cream sauces. Hard cheeses like Romano best pair with fruity wines like Riesling and Prosecco.