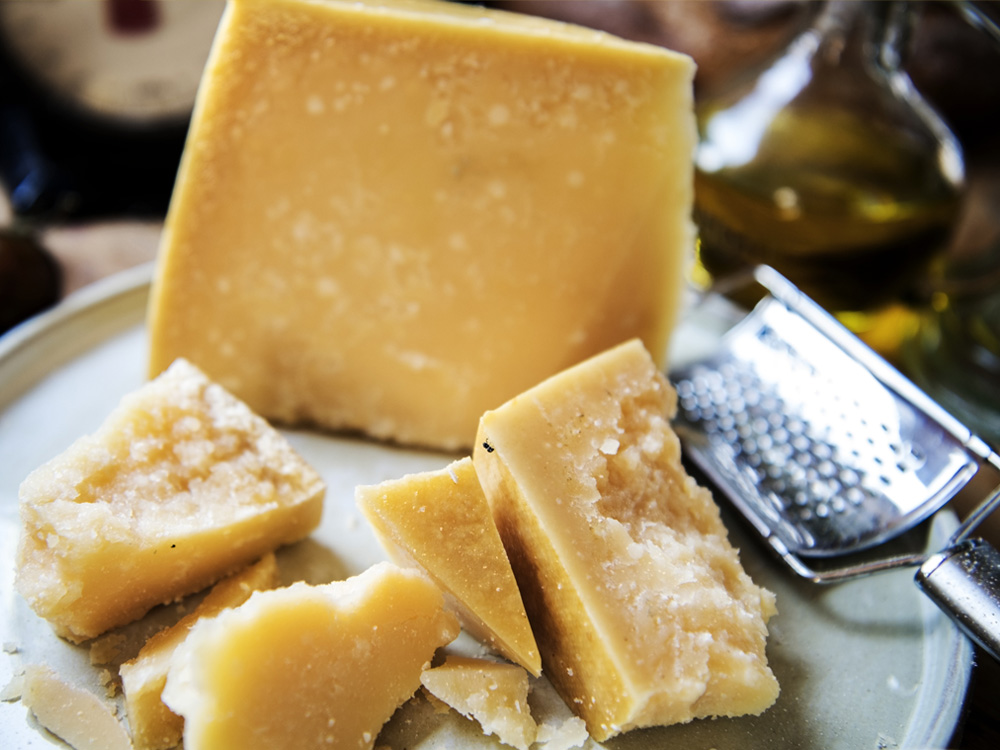 Grana refers to a family of hard, mature cheeses from Italy with a granular, flaky texture and are mainly used for grating. Around the world, Grana is a generic term used to define three main varieties of cheeses namely - Parmigianino Reggiano, Grana Padano and Grana Trentino and other smaller variants like Granone Lodigiano, Trentingrana and Gransardo. However, in Europe, the word 'Grana' is legally protected by Grana Padano Protected Designation of Origin. Only Grana Padano can use the term to sell its produce in EU countries.

The most popular Grana Italian cheeses are of course Parmigiano Reggiano and Grana Padano. True Parmigianino Reggiano, named after the Provinces of Parma, Reggio Emilia, Modena, Bologna and Mantua, where it is produced, has a hard, gritty texture and is fruity and nutty in taste.

On the other hand, Grana Padano refers to the valley Pianura Padana where it is made. Though similar to Parmigianino Reggiano, young Grana Padano is slightly less crumbly, milder and less complex than its famous, aged kin. On the other hand, Grana Trentino follows the same method to produce Parmigianino Reggiano but is made in the province of Trento, giving it its name.

All three main varieties of Grana cheese carry the label DOP. (Denomination of Protected Origin), guaranteeing their authenticity and origin of production methods.