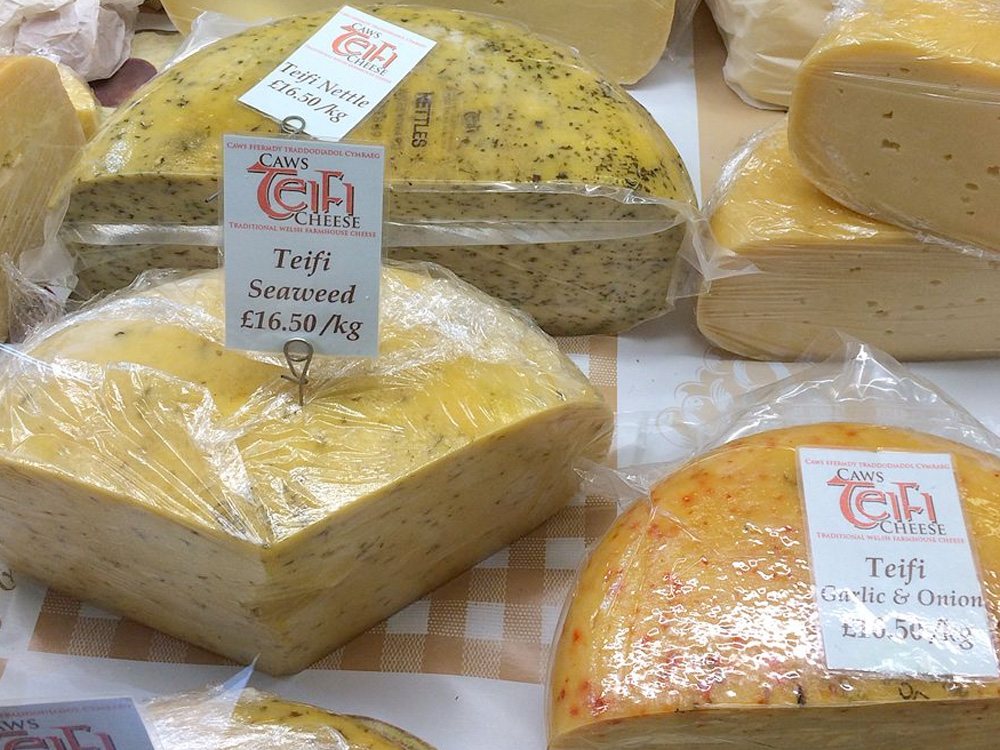 Teifi is an unpasteurised, organic, vegetarian cheese from Wales. Produced by the Caws Teifi Cheese Company, this semi-hard cheese was created by John and Patrice Savage-Ontswedder.

The cheese is similar to Gouda with a deep sunshine-yellow interior. There are several varieties of Teifi, depending on the period of maturation. When young, the cheese has a mellow, slightly sweet flavour and a smooth, creamy texture. As it matures, Teifi develops deep, rich flavours with a hard and almost flaky texture, similar to Parmesan. The affinage usually takes two to nine months. Sometimes nettles, seaweed, garlic, onion, sweet pepper and cumin are added for a distinct flavour.

The cheese melts in strings and therefore tastes excellent when heated, toasted and added as a flavouring on pizzas.

Other cheeses from Great Britain:

Other cheeses from United Kingdom:

Other cheeses from Wales: