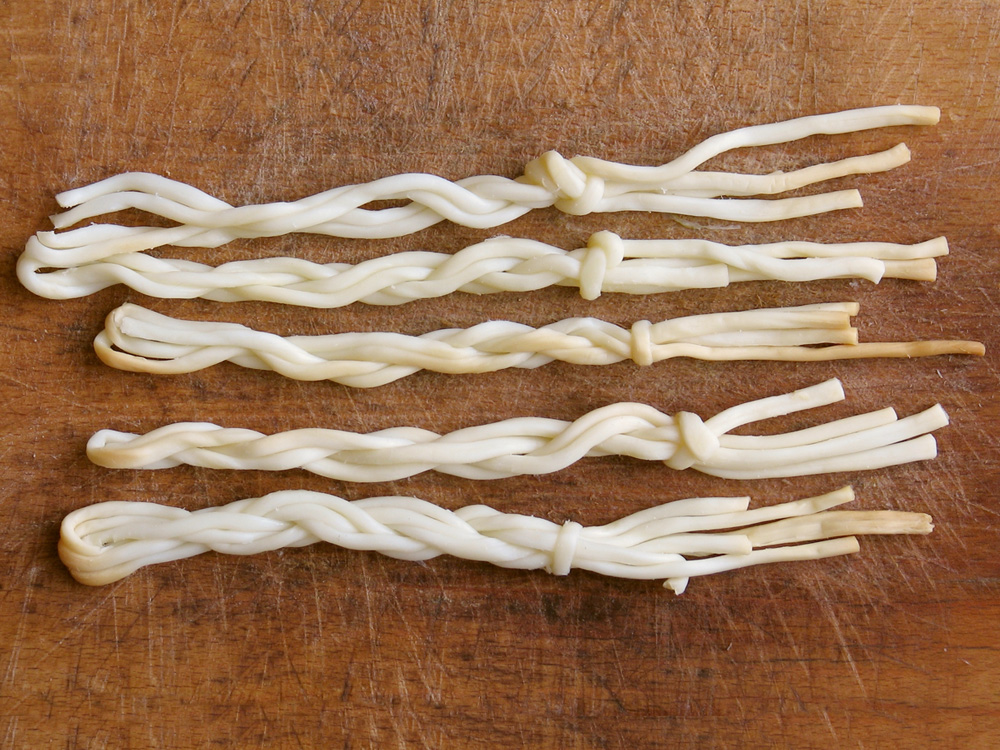 String cheese is extremely popular, especially among children. When a hard cheese is heated (60°C (140°F)) and stretched, the milk proteins line up which make it stringy.

The texture of the cheese is chewy, firm and stringy. Many types of string cheeses made from different cheeses are available in the market, ranging from smoked, unsmoked, garlic, and onion versions.

In Slovakia, the string cheese called korbáčiky is available in two flavours namely smoked or unsmoked. It is made by hand-pulling steamed sheep or cow milk cheese.

In Turkey, the string cheese called dil peyniri ("tongue cheese"), is a fresh white cheese made from cow's milk.

In Armenia, the string cheese, chechil, is made with a white base. It is seasoned with black cumin and mahleb.

In Georgia and Russia string cheese is known as tenili is made from fermented sheep's milk and cream allowed to mature for 60 days in a salted and dried veal stomach.

In Mexico, the string cheese called Quesillo is sold today in balls of various sizes.

In the United States, string cheese or cheese stick is made from mozzarella or a combination of mozzarella and cheddar.